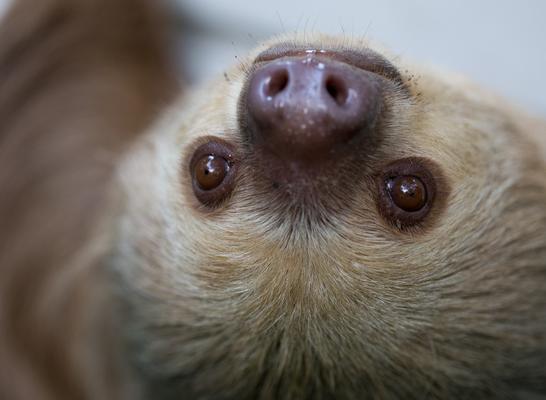 Sloths belong to the superorder Xenarthra, and originate in South America million years ago. 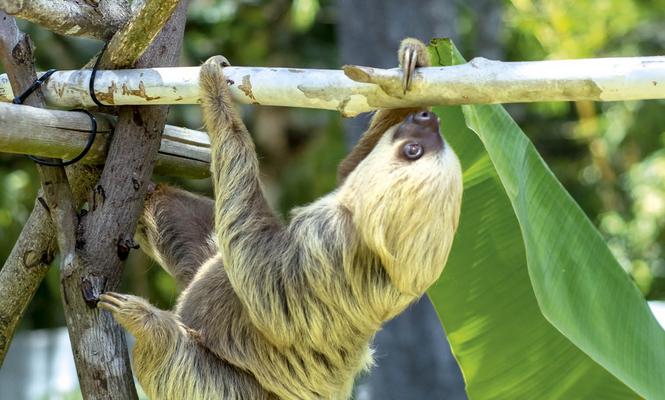 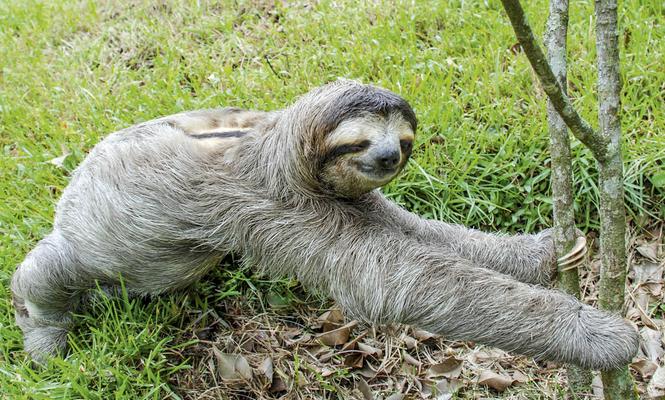 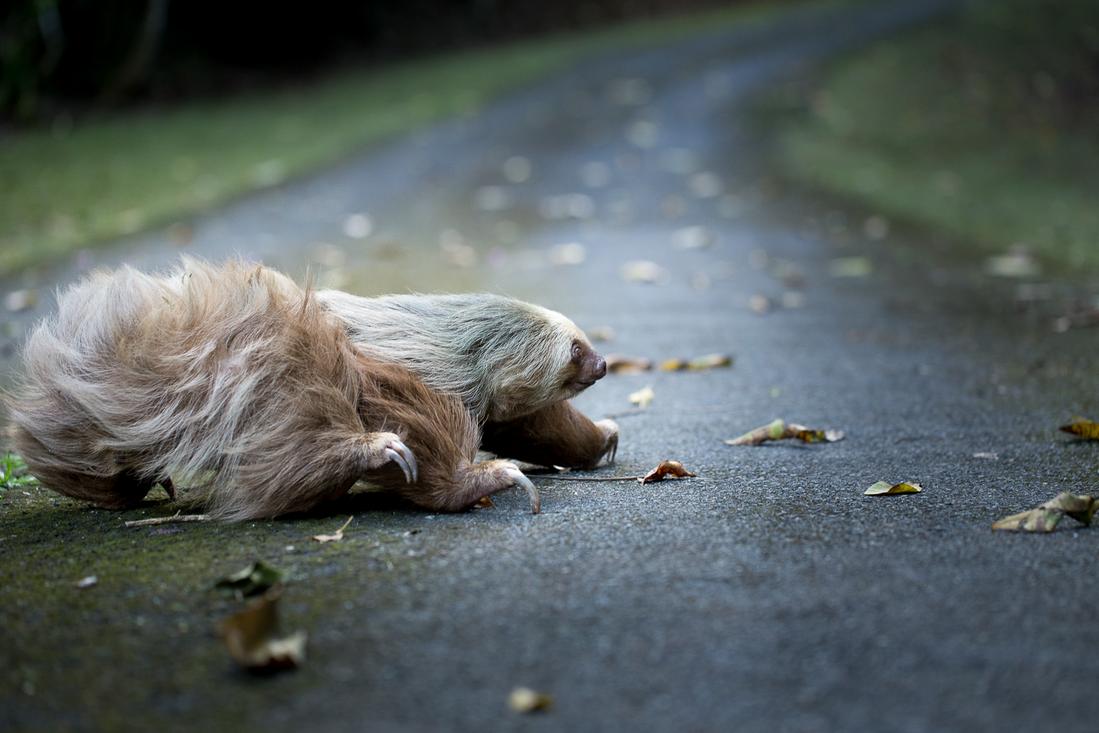 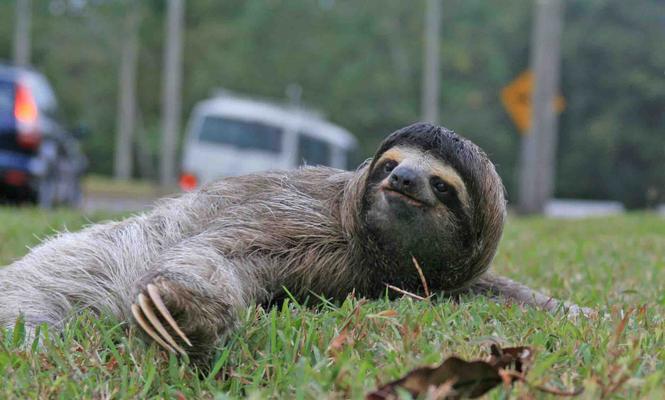 Sloths are arboreal mammals that spend most of their time hanging upside down in the treetops. They belong to the order Pilosa and the superorder Xenarthra.

​​WHERE DO THEY LIVE?
In the tropical rainforests of Central and South America (in countries like Panama, Costa Rica, Colombia, Brazil, Suriname and Venezuela).

HOW MANY SPECIES OF SLOTHS EXIST TODAY?
There are six species divided into two families:

WHAT ARE THEIR NAMES?

WHAT DO THEY EAT?
They mainly feed on leaves, flowers and sometimes tropical fruits. The diets of two-toed sloths are much more varied than those of three-toed sloths.

HOW BIG THEY CAN GET?
Two-toed sloths are larger and heavier than their three-toed cousins: they can measure between 60 and 80cm, and their weight can range from 8 to 20lb.

The three-toed sloth can measure between 45 and 65cm, and weigh betweeb 5 and 10lb.

HOW SLOW ARE THEY?
Three-toed sloths typically move at a rate of around 7cm per second. Two-toed sloths, on the other hand, are a little faster. Sloths are expertly adapted to life in the canopy, and for that reason they struggle to get around on the ground.

Road traffic is the biggest threat to sloths, since it can take them up to five minutes to cross a road (and that's without stopping)! This is why habitat fragmentation is such a huge problem for them.

WHY ARE THEY SO SLOW?

Sloths have an extremely low metabolic rate, and this enables them to survive on relatively little food. It can take a sloth's body weeks to process something that another animal could digest in a matter of hours.

HOW MUCH DO THEY SLEEP?
Sloths can sleep for up to 18 hours a day, but not consecutively. They have a very low body temperature compared to other mammals - it ranges from 32 to 35 degrees Celsius.

In cold conditions, sloths struggle to regulate their body temperature. This is because of their reduced muscle mass - this makes it hard for them to increase their metabolic rate.

DO THEY HAVE PREDATORS?
Sloths use their sharp claws to defend themselves, but their slow movements and excellent coat of camouflage help them slip under the radar of passing predators. Their natural predators include snakes, jaguars, harpy eagles, coyotes and other carnivores, but their biggest threat today is habitat loss.

DO THEY HAVE ANY THREATS?
One of the biggest threats that wild sloths face is forest fragmentation, a result of habitat destruction. Sloths usually travel through the treetops, but thanks to the expansion of urban areas and road networks, gaps in the canopy are being encountered by sloths more frequently. When faced with this sort of obstacle, a sloth has no choice but to climb down to the ground, where it becomes extremely vulnerable to predators. Sloths will often attempt to cross roads and busy highways, and this is where the vast majority are killed unless a generous person helps them across.

Habitat fragmentation is turning once vast, well-connected patches forest into tiny 'islands' surrounded by oceans of asphalt and concrete. Some sloth populations become so isolated that inbreeding occurs, resulting in all sorts of health problems caused by genetic deficiencies.

Road traffic collisions, power line electrocutions, domestic dog attacks, poaching and illegal trafficking for the pet trade are the main reasons why sloths need to be rescued and protected. 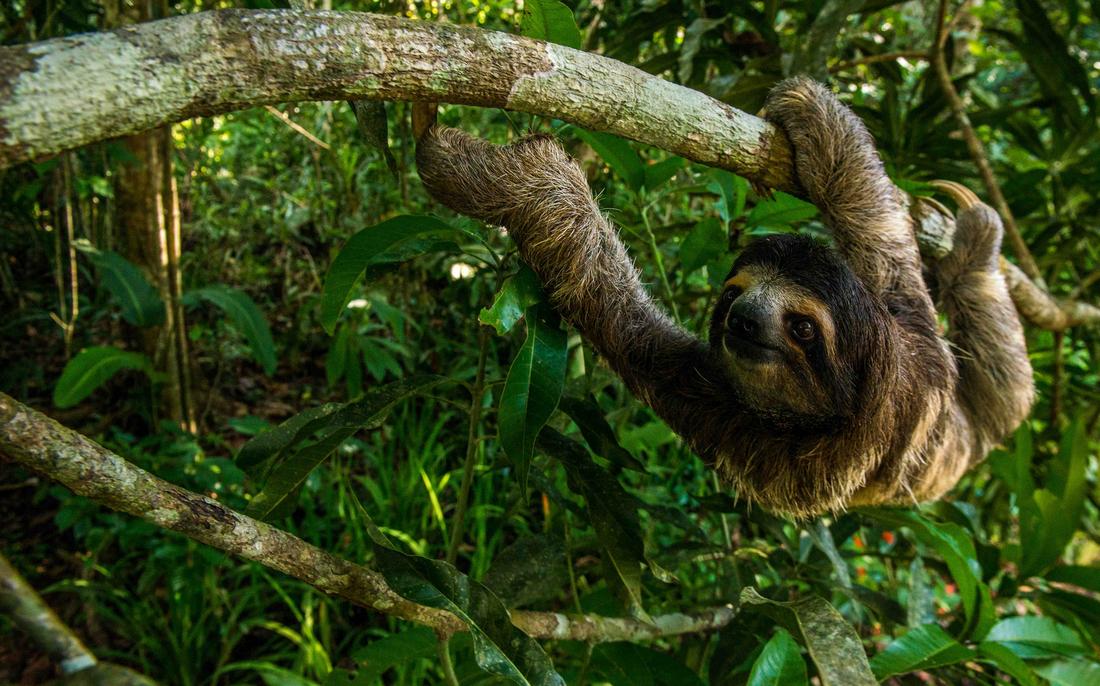 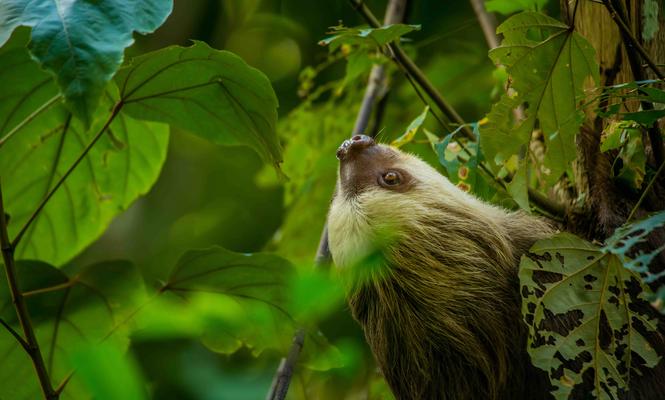 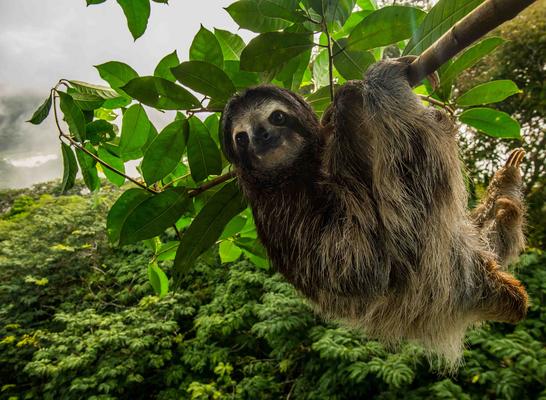